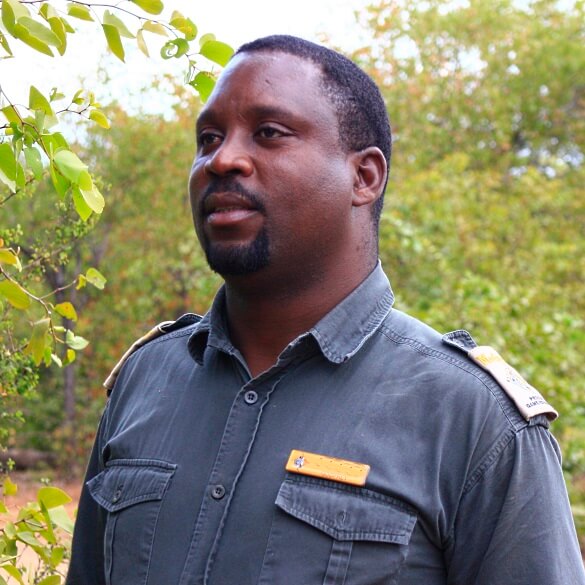 I was born on Java property which is in the reserve itself, and guiding has been always my life time dream which came true. The early bush smell is my remedy, from the fresh smell after rain to animal dung and wild flowers.

Between 2009 and 2013, I managed to achieve all my qualifications including the SKS Birding one which made me one of the first African guides to have the qualification in the whole of South Africa.

Passion about wildlife, that is the skill that needs passing from generation to generation, so a good safari guide would be ready to share their knowledge and the experience to the guests that visit lodges and game reserves.

Must be ready to learn new things every day from the bush itself and from other people around you.

I once followed a female leopard for maybe two and half hours when she discovered a pair of Francolins about two meters away from her.

While she was watching the two birds walking away from her a Steenbok jumped out of the bush and frightened the Francolins causing them fly in the leopards direction, but about 3.5 meters above her.

The leopard jumped straight up and caught one of them out the air, that was a lifetime sighting for me.

The cheetah, one of the big cat species but very peaceful and with incredible lighting speed that enables them to hunt prey very successfully. Impressive body posture when they are ready to take off.

I like to cover all the different aspects of wildlife to keep things balanced but birding is my bread and butter.

A juvenile boomslang and a big chameleon walking away from each other after a serious battle between the two lasting for an hour and forty five minutes.

I told one of the trainee guides that I mentored that we were going to walk to the lions today so he must get everything ready, from rifle to ammunition.

We then started walking and came across a pride of four lions. It was just the two of us with him leading the trail as we both knew about the location of the lions.

Approximately 75 metres along the trail a big male lion jumped out the bush growling, and my trainee started running and then tumbled about three meters away. I then pretended as if I was running away from him and he squealed like a pig, causing the lion to get really confused and run away from us. 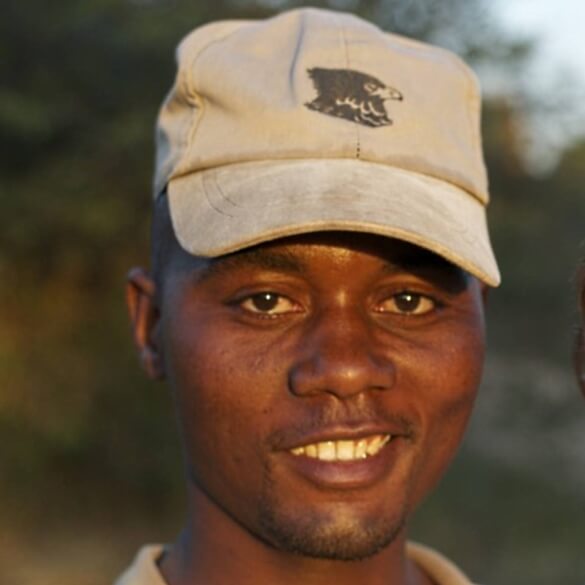 My mom and dad were working at a Timbavati lodge already, so I used to visit there during school holidays when I was young.

I had the advantage of seeing most of the stuff around and eventually when I completed my matric I talked to the owner of the lodge and he agreed to pay for my studies as long as I help around the camp.

So before I became a guide I was helping around the camp. After I had my qualifications, that's when I started going out with them into the bush.

It's to share most of the stuff that you know, and especially not most of the common stuff that everybody knows - like the big 5. Many people have been to an area where there's big 5 animals and they've seen it but there is the small stuff that people don't often stop for as well.

That's what's more interesting to me to show the guests and to share with them the stuff that I know in the Timbavati bush as well.

It was the day I was watching a breeding herd of buffalo at dusk and all of a sudden they were running towards our vehicle. After the herd passed by we saw the 2 male lions that were going after them but didn't manage to catch any of them.

Eventually the buffalo turned around and started running towards the lions and now they were chasing the lions. I've heard people talking about this but I've never seen it myself until that day.

The buffalo were forming a solid wall and were running towards the lions and the lions didn't stand a chance to go for them so they eventually got tired and stopped attacking the herd as well.

I've also seen pangolin twice but no aardvark yet.

My favourite animal is the cheetah because we don't see a lot of them around, but most of all I like their body shape and how they hunt because they rely more on their speed. They're not like leopards where they just lie behind a bush and jump onto their prey. So I like the way they hunt.

I specialise more on field sign, tracking and smaller stuff like insects. I do look for the big stuff but most of the guests know about the larger game while they know less about track and sign.

Track and sign tells fragments of the story after an animal has been there and I try to tell the whole story and put a new picture in the guests imagination about what happened.

WHAT MAKES A SAFARI WITH YOU UNIQUE?

What we do at our Timbavati camp is different from other camps. Early morning we'll go out and try to find fresh tracks. It could be for one of the big five as well, and we will attempt to follow them.

Every now and then we look at the track and sign that was left, and for other animals as well to see which animals were on top of his tracks, which animal walked after, so you can tell the freshness - if it's late at night or early mornings and stuff like that.

It's a good experience for guests to go through especially when eventually we do find that animal after tracking it for two or three hours. So we often do walks in the morning and then drive in the afternoons. 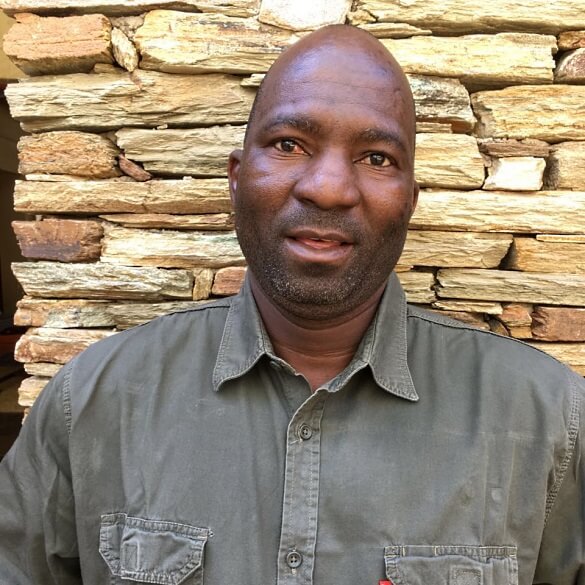 Henry Parsons was the head guide there and he encouraged me to do the FGASA Level 1 qualification to move from being a tracker to a guide.

I love what I do and I love watching animals and sharing information with people who come here to see the animals.

There are many people who come from all over the country to come here for game viewing - for the "big 5" or small things - could be a dung beetle, all the small things, that's what I like.

About three years ago I was watching 3 lionesses hunting a buffalo and they chased the buffalo right into an open area next to one of the dams around here and they killed a female buffalo.

They had 7 cubs with them. It took awhile, about 20 minutes, and they were still fighting and eventually the buffalo went down.

I know it's a little bit tough for people to watch it but I don't mind following a cat for three to four hours, it takes a while from the time they stalk until they make a kill, as long as the clients would like to see it.

Honestly, I love the leopard. I always get the question why I love leopards so much. It's the way they stalk, the way they hunt their prey and it's a very beautiful animal.

Usually I love all the small cubs like hyena, leopard and lion. I could watch them for 10, 11 hours and never get bored because they always play around.

I've seen pangolin now four times in my life, after 21 years in the bush. Two at Kapama and two at Timbavati, that is the rarest animal to see.

Aardvark are also vary scarce and I've seen them about three times too.

Our wild dog sightings have improved as well at Timbavati, but they're quite elusive. I really love to see them, but we can go weeks without a sign of them.

DO YOU DO A LOT OF TRAIL WALKING?

I really enjoy trail walking in the Timbavati and we go out virtually on a daily basis. Recently I went for a 3-hour walk and stopped at one of the dams looking at tracks.

They were kudu tracks and then we heard elephants crashing through the bushes. We followed the trail and eventually stopped at the dam wall which was quite steep.

We saw the elephants drinking and playing for about half an hour but we left them undisturbed; they didn't even know we were there, so it was quite a good walk.

On another walk I heard the alarm call of the impala snorting and I told my guests there might be something. Eventually we found a big male leopard lying on top of the termite mound and we watched for awhile and then left, the leopard was undisturbed, he didn't even know we were there.

On another occasion we found a female rhino and a calf, I think we were about 15 steps away from them, so we do a lot of walking and I really enjoy showing clients the plants, tracks and animals.