Most guides should be able to identify the more common species that occur on a safari, but if you want to push the envelope and find uncommon bird sightings, then you need to locate and travel with out of the ordinary guides, like the ones below.

If you plan on going on a birding safari in Kenya, these are the top guides you can go with... 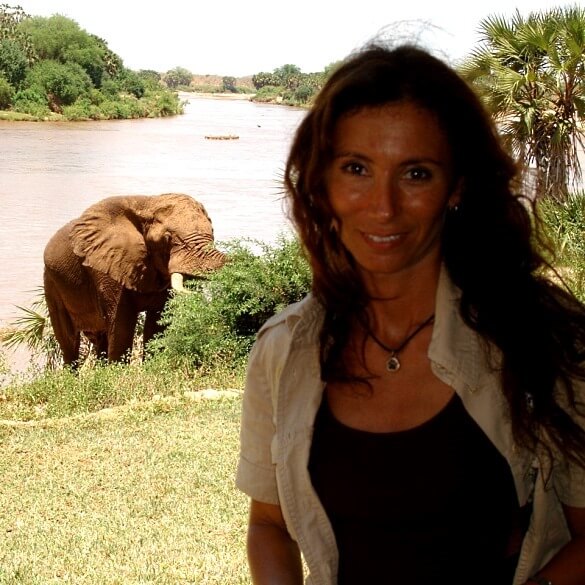 I grew up in Italy where I spent most of my spare time in horse riding and camping.

I was a traveler for passion and finally I came to Kenya where I was filled with enthusiasm for the bush and I started going on safari until I decided to move to Kenya in 1998.

From then on I started studying the animals and nature of Kenya, and in the meantime I was running a small mobile camp, and then finally when I got my KPSGA (Kenya Professional Safari Guide Association) certifications I started my own safari firm.

WHAT MAKES A GOOD BIRDING SAFARIS GUIDE IN YOUR OPINION?

A safari guide is somebody that can be a sort of a "translator" for the guests of nature's language.

As a guide I would like to transmit to my guests not only notions about the bush but also the feelings that the bush gives, and I want to transmit interest not only in big five but also in plants and all the connections between the different species.

I was guiding a night game drive holding the spotlight, and while I was busy explaining something to my guests, a nightjar flew directly into my face and held himself on my nose!

My favorite is the leopard, because I know that on many occasions there is a leopard looking at us, and we aren't aware of it. That makes it a magical presence in the bush.

A caracal mother in the beautiful afternoon light, sitting on a black lava flow with her three beautiful caracal puppies, and I was without my camera!

During a night game drive I realized that a lioness was using the beam of our spotlight to see her prey, she was literally following us for more than an hour like a dog. I had to change direction and drive away so as not to interfere with the hunt.

When with another safari guide and a masai tracker we explored an underground lava cave for the first time, and found a lot of remains of lion and leopard prey at the very bottom of the long cave. 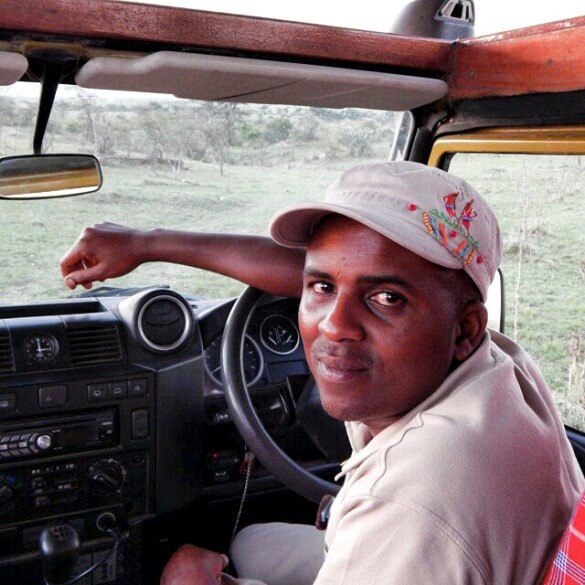 While in school, I was an active member of the Wildlife Clubs of Kenya (WCK). Being the club chairman, I was exposed to a lot since I was always out for any field trip that was organized.

I had to make reports for every trip that we went on and this gave me an interest in learning about animal behavior. After school, it became one of my interests and I had to extensively study flora and fauna.

A good birding safari guide must have extensive knowledge of the product that he/she is offering to guests. This entails interpretation of the vast surroundings that includes flora and fauna, local people, geography and history of the environs.

He should be well polished with all the knowledge that pertains to his field and be able to efficiently and honestly communicate with the guests.

Have an in-depth knowledge and be passionate about what one does. Should be very observant of guests needs and understand how to fulfill them.

One should also be friendly and have a sense of humor so as to create them a memorable experience for the guests. And above all, a good guide must be passionate about what he/ she does.

Definitely the leopard due to the beautiful prints on its body. In my photo portfolio, it takes center stage with the highest number of pictures.

Its behavior is one that I have a great interest in because its such an elusive animal, but I have mastered how to locate it. Sometimes it's like I predict the movement of the two resident leopards in our conservancy.

Once I witnessed a leopard fight with a crocodile for almost forty minutes and finally the leopard won and earned itself a meal.

I've seen an elephant cow give birth, but for up to ten minutes the calf did not move as the mother was leaking placenta. We thought to ourselves the calf was dead.

Then to our surprise, the mother started kicking the calf on the back and after several kicks we started to see the baby moving. Compare this to the way a human baby is patted on the back in order to breathe. I must say it was a kick of life to the young one.

When the creator was giving each animal a place in the world, a pair of hippos begged to be allowed to live in the cool water which they loved.

The creator looked at them, and was very doubtful about letting them live in the water, their mouths were large, their teeth long and sharp, and their size and their appetites so big! He was afraid that they would eat all the fish.

Besides, he had already granted a place in the water to another predator - the crocodile. He couldn't have two kinds of large, hungry animals living in the rivers.

So the creator refused the hippo's request, and told them that they could live out on the open plains. At this news, the two hippos began to weep and weep and wail, making the most awful noise. They pleaded and pleaded with the creator, who finally agreed.

He made the hippos promise that if they lived in the rivers, they must never harm a single fish. They must eat grass instead. The hippos promised and rushed to the river, grunting with delight.

To this day, hippos always scatter their dung on the riverbank, so that the creator can see that it contains no fish bones. And you can still hear them laughing with joy that they were allowed to live in the rivers after all. 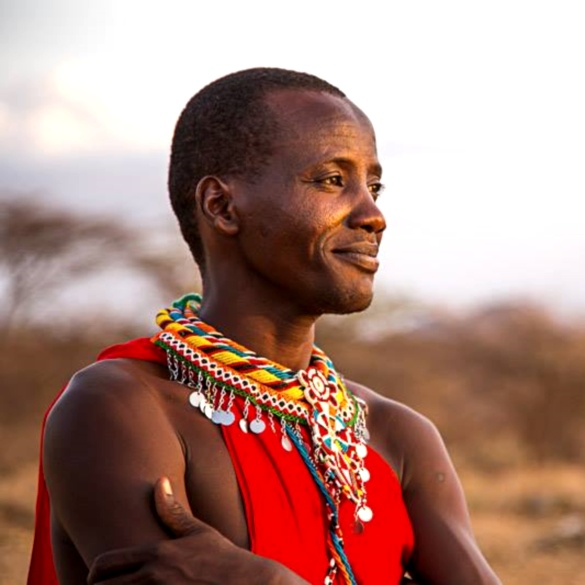 I developed a passion from high school when I was a member of wildlife clubs, and continued in learning more about birds and mammals until I finally took it on as a career.

The key characteristic for a birding safari guide is personal traits; how well you can explain and elaborate to guest questions. I would also say top customer service and etiquette is essential.

Giraffe, the most elegant animal, their feeding habit and their survival instinct for life is amazing.

A fight between a nile crocodile and a male lion in the Ewaso Niro River in Samburu National Reserve which took the whole day. Later in the day the lion won the battle, killing the crocodile.

A lioness adopting a baby oryx in Samburu National reserve for two days.

I always talk most about Samburu people, their culture and like to talk about the birding or animal sightings of that day - the behaviors we witnessed. 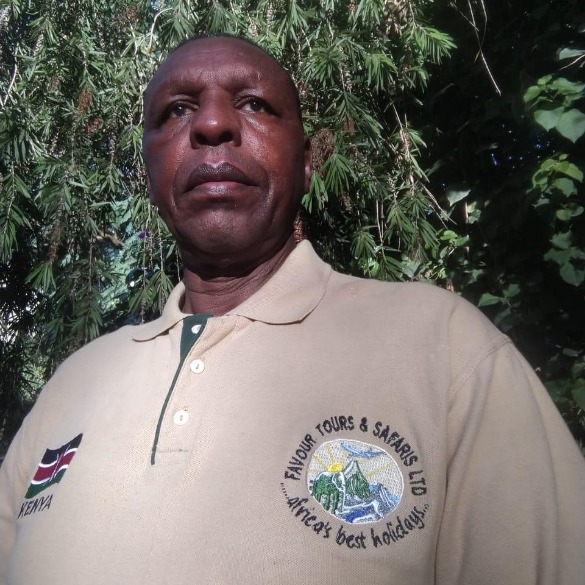 To teach and show clients about our country and what we have in the parks. Having been brought up near the Kenya parks and my father working with Kenya Wildlife Services gave me the interest and passion of being a safari guide.

FAVOURITE ANIMAL AND WHY?

Cheetah - I like its behaviors, doesn’t like fighting, does not scavenge. It is also very beautiful with its spots.

Spotting a leopard with tourist who had visited for the fourth safari and having not seen in their previous three visits in Kenya.

A lioness which had adopted an Oryx calf in Samburu Game reserve.

BEST EXPERIENCE OF YOUR GUIDING CAREER?

When I found a Lion and a hyena eating together the same kill without fighting. It is very unusual.

Some driver guides littering of the parks and yet have dustbins (bags) installed in their tour vans.

Have your say and send in your own birding safari review...