It takes a special type of guide to lead a trip like this well and the guides below have been doing it successfully for many years now.

They have to be able to deal with the many different personalities that they encounter on a daily basis and make sure that everyone has a happy and satisfying experience.

Not an easy thing to do consistently, but the following guides do it with aplomb...

(*pppn = per person per night spent on safari in US dollars) 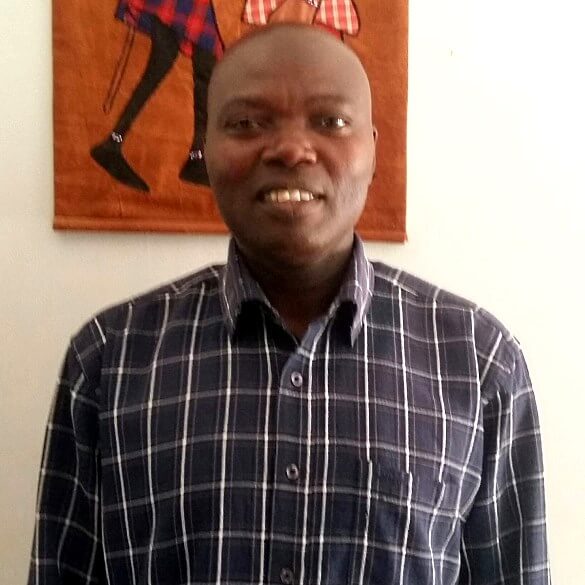 My brother was a Park Ranger, when he came back home he used to talk about wild animals, I was interested and loved them.

After secondary school I decided to be a guide and went to a guiding school for two years.

Being knowledgeable, informative, disciplined and tolerant make you a good guide.

My most embarrassing moment as a guide was when we got stuck for more than a week during the heavy rains of 1997/98, when roads and bridges were destroyed.

It was embarrassing because I was stuck with my clients for all those days and nothing could be done other than to wait.

My favourite animal is the lion. It's a very social animal that works together and shares what they have but not always.

My most memorable sighting is when the wildebeest were crossing the Mara River back and forth while crocodiles caught some of them and they still did not notice.

The most interesting animal behavior I have witnessed is a lioness who after killing a zebra went back about 500 meters to get her cubs before even tasting the meat, and she was very hungry and skinny.

My campfire story is how somebody can live without a mobile phone, radios, computers and television but still can have a lot of fun (African life). 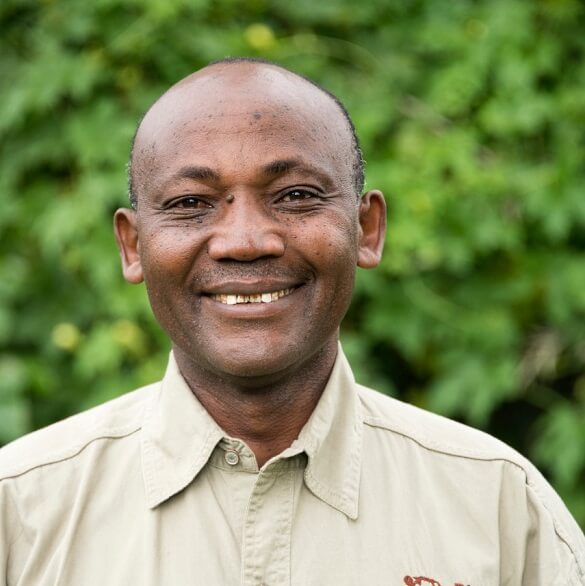 On the change of government to capitalism, citizens were encouraged to invest in tourism and since tourist facilities were close to my home I decided to join the industry.

Being given a packed lunch at a lodge with no cutlery.

FAVOURITE ANIMAL AND YOUR MOST MEMORABLE SIGHTING?

Hyena, because of its unique behaviour and ability to survive in a very harsh environment. The way it socialises is also unique and they never giving up on a hunting mission.

My most memorable sighting occurred when I saw 20 lions setting up to kill a buffalo and not being able to kill it.

Elephants and how they raise their young ones with lots of effort and protection.

When the lion came to camp and the scared chef ran away leaving all the meat to the lion.

HERE'S WHAT PEOPLE HAVE TO SAY ABOUT THIS GUIDE...

We went on a Five Day Safari. Flew to the Serengeti and then to Ngorongoro Crater (wow!), Lake Manyara and Tarangire. This guide for the entire safari was superb!

Very knowledgable of the animals, their tracks, their dung and their habits. He was patient and helpful wth our many questions. His English was very good also. I would highly recommend him! 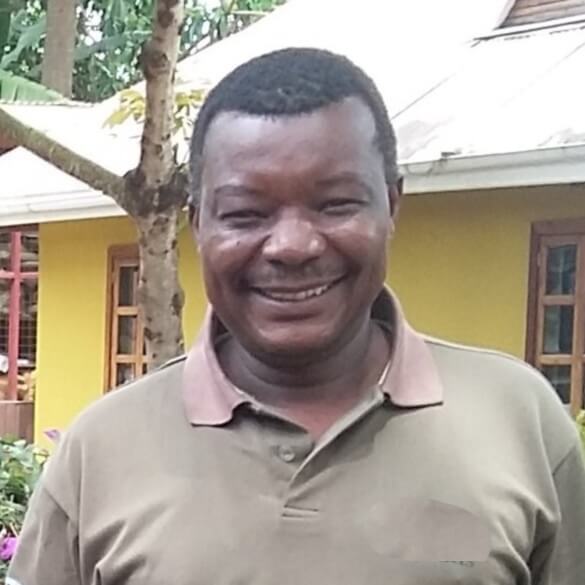 Previously I was working as a mechanic at another safari company and my supervisors saw my passion for nature and animals. They offered me to go to college which is how I became a driver guide.

Passion for nature and animals.

Picking up clients at the airport with a signboard stating Mr. Alex and Mr. Jon and when clients arrived they were two ladies.

Leopard because of the way they hunt.

Seeing a female lion kill a buffalo by herself as normal they hunt as a group and watching the way a cheetah teaches her cubs to hunt. 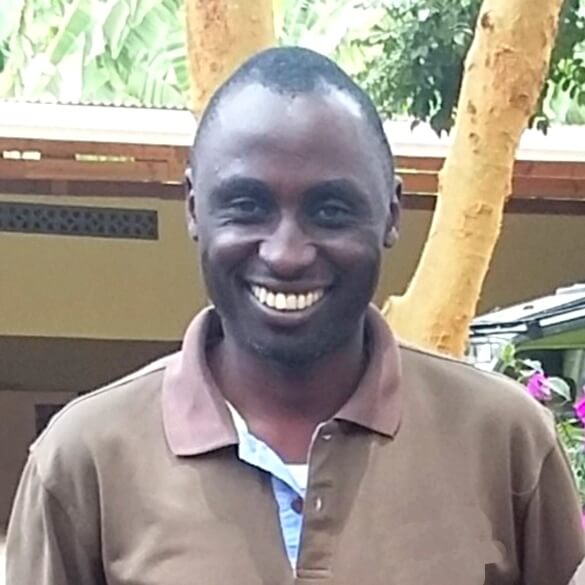 I was raised in a small village in the bush in the Singida region, containing the beautiful Miombo forest, and I went to a local government school.

In the village I was participating in daily activities such as farming, collecting firewood and mushrooms in the forest and fetching water in the sand rivers by using pots made of clay.

Also in the forest we were harvesting honey and seasonal fruits, and in the small rivers is where I learnt how to swim.

The idea of joining a wildlife college came up, and I become a guide.

Apart from professionalism, experience and being well trained I think what is also required is respect, discipline, patience and hard work. And a guide should never be bragging and indulging in selfish behavior but try to keep things simple and fun.

The giraffe because it's beautiful, peaceful and unique.

I was in the Serengeti National Park when I saw an ostrich play wounded after a lion was heading towards her nest filled with eggs. It was fascinating to watch.

As it happened clients wanted to see a leopard and I was driving around for two days. Fortunately we managed to see one lying on a tree, but the guests said let's wait half an hour and see if he will move, if not then it must be a plastic leopard and we won't take any photos. In the end it didn't move.

BEST AREA FOR WILDLIFE AND BIRDING?

Ndutu area during February and March for photography and birding in the Serengeti, Selous and Tarangire.

An elephant funeral - I was so impressed when I saw elephants participating in a funeral at Tarangire National Park.

The dead elephant was surrounded and some of the elephants were touching the body and then retreating. Others were taking dry branches off trees and putting them on top of the elephants dead body and smelling the area.

It was like a farewell ceremony and suddenly they were all gone.

Maasai cultural women take care of the family while the men don't help helping at all. 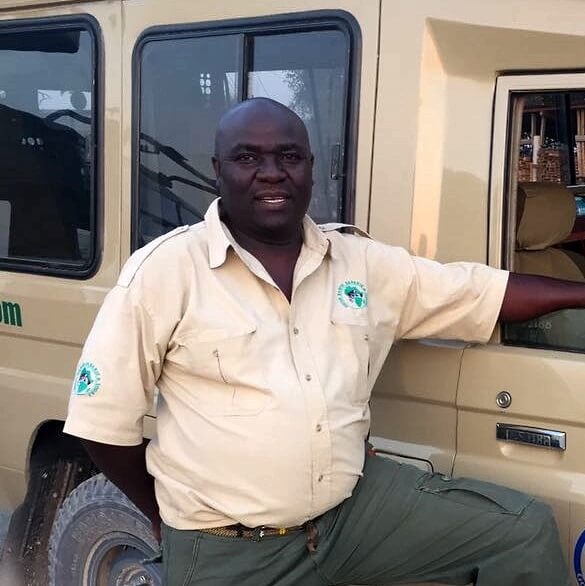 Because I have lived close to the wildlife from my childhood, and experienced a lot being close to them and liked to tell others about them and make them know and live them like me.

Must be highly skillful, well trained and experienced in wildlife and emergencies, and must be a person who treats all tourists equally and not because of their nationality or race.

Also he must answer questions asked with satisfactory answers even if they are too many, and he must be very smart on everything and punctual.

Giraffe because it's very cool and beautiful.

Is the day a leopard caught a warthog in front of my car and tried to take it up a tree, the warthog was crying out and that caught the attention of nearby hyenas.

Before the leopard made it to the top it stepped on a dry branch which could not support the weight and they both fell down, and at that moment the hyenas already arrived.

When the leopard realized that the hyenas were already there he climbed back into the tree as fast as he could leaving his catch below to be easily taken by the hyenas.

Spending a lot of time at the gates paying while the clients have already paid and the money was received by TANAPA and NCAA.

When a Silvery Cheeked Horn-bill is incubating her eggs she never leaves the nest, instead the male horn-bill goes to fetch food and comes back to mouth feed her.

Whenever I'm in the African Wilderness the best stories that I love to tell are all about African wildlife and a lot of African stories. I love to tell my clients everything about this beautiful continent called Africa. 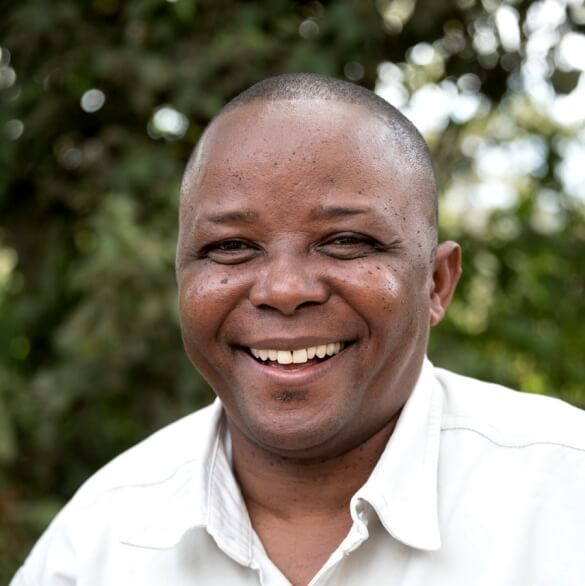 I have immense love for the job.

A person who loves nature and the need to be outdoors and also cares for the environment.

Cheetah, it's the fastest animal on earth.

The migration crossing the Mara river.

I once denied a clients request to drive off road in the National Park, eventually they gave me a very bad review.

My grandfather once told me a story of how he came across an injured lion and it stretched out its injured paw to him to help it.

Submit a group safari review of your African experience.